5 Signs Long Term Inpatient Drug Rehab is Best for You

The decision to enter drug treatment often comes with much frustration and indecision considering the state of mind a person is in at the time. With so many treatment options available, choosing the shortest path possible may seem like the best way to go, but can end up costing you in the short-run; especially in cases of severe addiction.

1. Long History of Drug Use

People with a long history of drug use have an especially difficult time trying to limit or stop using due to the cumulative effects of drugs on overall brain function. Long-term inpatient drug rehab programs specialize in addressing the degree of damage caused by long-term drug use.

As with chronic medical conditions, addiction also carries a high likelihood for relapse. People who’ve made multiple failed attempts to stop using require an in-depth treatment approach that addresses the underlying issues that drive addiction behaviors. The time spent in a three to six-month long term inpatient drug rehab program enables addicts to develop the mindset and motivation needed to get well and stay well. 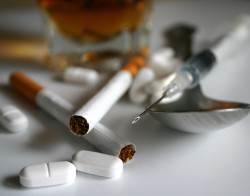 If you are a poly-drug user, you should consider long term inpatient drug rehab.

It’s not uncommon for chronic drug users to have made multiple attempts at drug treatment with little to no success to show for it. Short-term treatment programs, while effective, cannot provide the level of care needed to address severe addiction problems. In cases where shorter drug treatment programs have proven ineffective, a person may want to seriously consider the benefits of long-term inpatient drug rehab.