When Is It Safer to Attend Treatment at an Inpatient Rehab Center?

Outpatient centers can be beneficial treatment options for many recovering addicts, but there are certain times where inpatient treatment is necessary, especially when it is safer for the individual.

Comorbidity and Its Issues

Comorbidity refers to the instance of two disorders occurring in the same individual, and it is often used to describe addicts in treatment who also are suffering from a mental disorder. According to the National Institute on Drug Abuse, “Compared with the general population, people addicted to drugs are roughly twice as likely to suffer from mood and anxiety disorders, with the reverse also true,” and addicts are also considerably more likely to suffer from other mental disorders and illnesses, either those caused by their drug addiction or that existed before their drug use.

There are many different ways in which comorbidity can be a dangerous condition for an addict in treatment. For example, many addicts who suffer from depression––as part of their withdrawal syndrome, as a full-blown disorder, or both – are likely to experience suicidal thoughts and other issues. In addition, some addicts may experience severe psychosis after abusing stimulants for a long period of time that can make them a danger to themselves or others.

It is much safer for individuals with comorbidity to be treated in an inpatient facility. This is partly because rehab centers of this type often have more treatment options available for patients in need of intensive care and because patients will have 24-hour surveillance, in case they begin to experience severe or dangerous effects caused by their mental disorder.

Severe Addiction and the Likelihood for Relapse 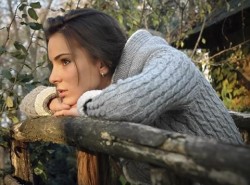 A lack of social support can lead to relapse.

Relapse is always a possibility when a person is a recovering addict, but according to the NIDA, “Individual treatment outcomes depend on the extent and nature of the patient’s problems [as well as] the appropriateness of treatment and related services used to address these problems.” Unfortunately, a person can have a higher chance of relapse if their addiction is severe, and relapse can not only be difficult on recovery but dangerous as well. When they are in a controlled, inpatient-based environment, patients who have a higher likelihood of relapse are able to avoid the triggers that may cause them to do so at the time when they are most vulnerable.

Lack of Social Support System and Its Effects

When a person lacks a strong social support system of friends, family, and loved ones during their rehab and recovery, it can be extremely difficult for them to avoid relapse and sometimes to fight feelings of sadness and isolation. In many cases, it is much safer for addicts in this situation to attend inpatient care. Not only will they be surrounded by other people, but those around them, including nurses, doctors, counselors, and even other patients, will also be hoping for them to succeed in their recovery, giving them a support system at the time when they often need it most.

Do You Want to Attend Inpatient Treatment?

If you want to attend an inpatient drug rehab center during your addiction recovery, call 800-681-7369Who Answers?. We will help you find the facility that is right for you.