In addition to the drug addiction an individual attends treatment for, dual diagnosis also refers to an issue like depression, bipolar disorder, anxiety disorders, or mental illnesses that the individual is also struggling with at the same time. In most cases, an inpatient drug treatment center would be the best place for an individual with dual diagnosis. But how do these facilities treat this condition? 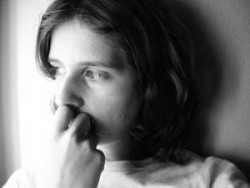 A patient suffering from drug addiction might also suffer from depression.

It is extremely common for individuals who abuse drugs, especially illegal ones like methamphetamine, cocaine, heroin, etc., in the long term to suffer from another mental disorder as well. According to the NIDA, “Compared with the general population, people addicted to drugs are roughly twice as likely to suffer from mood and anxiety disorders, with the reverse also true.” But merely being addicted to drugs does not automatically prove a dual diagnosis.

Patients must be analyzed and meet certain criteria for a mental disorder as defined by The Diagnostic Statistical Manual of Mental Disorders. If they have been abusing drugs for some time, it is important that it is discovered whether or not they show signs of mental or behavioral disorders that may have either contributed to or stemmed from the addiction. Some of the common disorders of these types are:

Thinking that you may suffer from one of these conditions is not enough; a doctor must diagnose you with it. That is done when you are measured against the criteria put forth for each disorder. Still, it is important to keep an open mind to the possibility of these issues as patients who suffer from them need to be treated for both conditions in order to have a stronger, more well-rounded recovery.

Patients are encouraged to attend treatment in inpatient centers when they have a dual diagnosis because more time, effort, and energy can be placed on treating both conditions. Also these facilities often have more funding and a better ability to treat both disorders. After patients are diagnosed with their conditions, a treatment plan is set out that contains both a course of action for their addiction treatment and for their co-occurring disorder. Usually, though, these issues are treated together as one, a concept that is fairly new but getting incredible results.

These conditions are usually treated together as “patients who have both a drug use disorder and another mental illness often exhibit symptoms that are more persistent, severe, and resistant to treatment compared with patients who have either disorder alone” (NIDA). However, this can be difficult, but it is the best way so far that comorbidity can be treated with the same care as addiction itself.

In an inpatient treatment center, it is understood that the same medication which would be beneficial in treating addiction alone may be ineffective or even dangerous when treating someone with depression or another co-occurring disorder. However, certain medications have been found to be helpful for both issues. For example, bupropion has been approved to treat both depression and nicotine dependence, but it has been recently found to “help reduce craving and use of the drug methamphetamine.”

Medication is prescribed and given carefully and will not be used if it is detrimental to one mental condition or the other. The only way for the individual to recover is for both illnesses to be treated in a way that is effective and beneficial, so any medications that do not do so for one condition cannot be used for the other.

Therapies are used to treat both mental disorders and addiction, but certain types of behavioral treatments can be especially beneficial to in the treatment of both disorders together. These include

A study from the NCBI states, “Patients with high psychiatric severity” are expected to do well in inpatient treatment. This is because facilities such as these treat both addiction and mental disorders with medication (whenever possible), therapies that address both issues, and a caring staff who understand the special needs of those with dual diagnosis. These facilities will also help patients into aftercare programs that are beneficial to their needs if necessary.