What Happens in Inpatient Ecstasy Rehab?

Ecstasy is one of the “club drugs,” that are extremely popular with high school and college students. It is a part of the rave culture that came a part of the club culture in the 1980s and 1990s. Unfortunately, ecstasy is addictive to some people, according to the National Institute on Drug Abuse. Inpatient ecstasy rehab is a very effective way to overcome addiction. It is important to understand what ecstasy is and what it does, to understand why inpatient rehab is sometimes needed.

Ecstasy is another name for MDMA. MDMA is a synthetic drug is both a stimulant and a hallucinogen. Most people say that it is very similar to the popular psychedelic mescaline. It provides feelings of:

These feelings combined are what make ecstasy so popular.

How is Ecstasy Used? 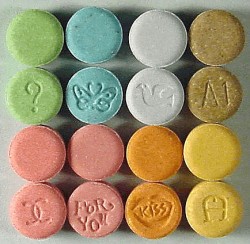 Ecstasy is the pill form of MDMA. People take it or crush it and snort it. When it is in its powdered form, people refer to it as Molly. The two drugs are the same. Most people who use ecstasy simply take the drug orally but some are known to snort it. The problem is that ecstasy is not always pure MDMA. Sometimes manufacturers and dealers mix it with other drugs such as:

Sometimes these combinations are desirable and supposedly make the drug experience better and other times they are dangerous. Combinations of drugs make them more addictive and introduce the possibility of overdose.

Ecstasy is a very popular drug among teenagers and college students. People call it a party drug because it is mainly used at parties or events called raves. Most raves are large gatherings of people who enjoy electronic and techno. These raves are usually held in club or privately on farms or parks.

There is an entire rave subculture that appreciates the music. The drug use just happens to go along with it. MDMA gained popularity for its simulating effects and its hallucinogenic properties at these events.

Most people who use ecstasy say they:

Most of these reasons do not equal the short and long term side effects of ecstasy.

Side Effects of Ecstasy

Like most drugs, ecstasy has serious side effects. There are both long and short term effects that can be extremely difficult to deal with. A few of the short term side effects of ecstasy are:

There are also long term social and legal issues that arise due to ecstasy use. These issues are due to risky behaviors while on the drug and increasing legal consequences. Some of these issues are:

These consequences are byproducts of ecstasy abuse and are extremely long term often irrevocable situations.

When you are in an inpatient rehab for ecstasy, the first thing that happens is a doctor or clinician evaluates you. They make sure that you are healthy enough to go through withdrawal. They also determine your level of addiction. Once this is done, you are admitted and detox starts. Inpatient care gives you 24 hour a day supervision while you are in withdrawal.

Depending on your level of addiction and the amount of drugs still in your system, the doctor might prescribe medications to help with the withdrawal symptoms. The length of the detox process depends on the individual, the amount of drug use, and the length of use. There is no set timeline for all individuals detoxing from MDMA. Each individual is different.

As you detox, counselors will work with you in both individual and group sessions. These sessions are to help you discover the cause of your drug use and work through the issues that the drug use caused. This is a key portion of treatment. In order to stop using and prevent relapse, you need to change your behaviors.

After you, your doctor, and your therapist feels that you are ready, they will help you establish an exit plan. This is to help prevent relapse once you finish your inpatient treatment. That exit plan might include counseling, medication, or a combination of the two.

Inpatient care for ecstasy removes you from the triggers that your environment contains. This alone is an excellent reason to try it. According to the Substance Abuse and Mental Health Services Administration, inpatient care helps prevent relapse and establishes a foundation for recovery. Choosing inpatient care gives you a chance to recover from your ecstasy addiction using both counseling and medication. If you have any questions about what exactly happens at inpatient rehab for ecstasy please call 800-681-7369Who Answers?.