Drug addiction commonly leads to drug dependency, which will result in a person constantly using a drug because they will begin painful withdrawals symptoms if the drug is not in their system. Aside from the brain disease of drug addiction, these withdrawal symptoms can be scary, and many people fear going through them, so they continue to use the drug. Some drugs, such as cocaine and amphetamines, have minimal physical withdrawal symptoms; instead their withdrawal symptoms are more psychological since these drugs significantly impair a person’s brain chemicals. However, drugs of the opiate class, which are the most common illegal drugs abused aside from marijuana, have intense physical withdrawal symptoms. Heroin and prescription painkillers are two of the most common drugs that people seek out treatment for due to their withdrawal symptoms. According to the National Council on Alcoholism and Drug Dependence, approximately 20% of the population in America abuses prescription medications. This represents approximately 48 million people in America taking prescription medication illegally. 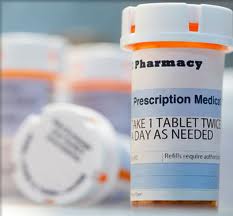 For some drugs, addiction recovery may involve medication therapy.

Common Medications used to help Patients get through Withdrawal Symptoms