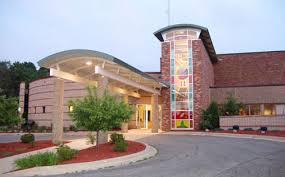 Methamphetamine, one of the most powerful stimulant drugs on the market, poses serious risks of abuse and addiction when used on a regular basis. While a chosen few people can break a methamphetamine addiction on their own, the damaging effects of the drug on the brain and body leave most people unable to maintain abstinence for any length of time.

According to Semel Institute, methamphetamine addictions happen fast as brain chemical processes come to depend on the drug’s effects more and more. Once users feel they need the drug to cope with daily life, the effects of addiction have come full circle.

According to the National Institute on Drug Abuse, methamphetamine abuse depletes dopamine chemical secretions in the brain. Dopamine plays an essential role in maintaining a person’s sense of well being and ongoing emotional state. With continued use, brain cell receptors demand methamphetamine like the body demands food. In the absence of the drug, ongoing cravings can make ongoing abstinence unbearable.

Someone experiencing persistent drug cravings may well require the support and structure an inpatient treatment facility can offer.

As the brain becomes more and more dependent on methamphetamine effects, individual brain cell receptor sites lose their sensitivity to the drug. In effect, this loss of sensitivity results from weakened or damaged brain cells and brain cell functions.

The less sensitive cell receptor sites become the larger the dose needed to produce the same desired effects. As a result, the brain develops an increasing tolerance level that continues to rise for as long as a person uses. This process in and of itself makes any attempts at abstinence all the more difficult.

Someone who’s made several failed attempts to stop using methamphetamine has entered into the depths of the addiction process. Each time a person abstains from drug use for any length of time, the brain’s tolerance levels decrease accordingly. Once he or she starts using again, it becomes that much harder to break the addiction as tolerance levels rise even higher than before.

Methamphetamine’s overall effects work to speed up central nervous system functions. These effects place considerable strain on the brain and body as a whole. With repeated use, a person starts to experience a chronic state of fatigue or “burn out.” With severe addictions, feelings of fatigue persist no matter how much methamphetamine is consumed.