Is Inpatient Heroin Rehab Right for Me? 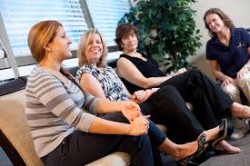 At inpatient rehab you will have access to 24 hour support and will be in an environment of others who can relate to you.

The recent, steady increase in heroin addiction rates has taken on epidemic proportions within the United States. Though heroin has been around for a long time, the rise in addiction rates has as much to do with increased availability as it does with an overall improvement in heroin quality. Today’s heroin supplies carry extremely addictive properties that place anyone who tries it at risk of becoming addicted.

While trying heroin or using it every now and then may seem fairly harmless and inconsequential, heroin can have lingering effects on the way the brain functions. If you’ve the point where you’re considering heroin addiction treatment, inpatient heroin rehab may very well be necessary. Ultimately, your life circumstances and past experiences with heroin use can help you determine whether inpatient heroin rehab is right for you.

People who’ve made multiple attempts at stopping heroin use more than likely experienced unbearable withdrawal effects that made it impossible to abstain from using. Heroin withdrawals effects, while not life threatening, can quickly wear away at a person’s resolve as his or her discomfort level rises.

According to Harvard Health Publications, withdrawal symptoms most often experienced include:

With each failed attempt, heroin addicts place themselves at considerable risk of overdose and even death since the body’s tolerance levels drop during periods of abstinence. Anyone who’s gone through multiple failed attempts to stop using may seriously want to consider getting inpatient heroin rehab help.

Once a person becomes addicted to heroin, both the body and the mind depend on the drug’s effects to function normally much like the body depends on food and water for survival. People suffering from severe heroin addictions will have the toughest time going through detox.

Because of heroin’s damaging effects on the body, many inpatient heroin rehab programs offer medication replacement therapies to help ease addicts through the detox stage. Medication therapies, such as buprenorphine and methadone are designed to mimic the effects of heroin without inciting addictive behaviors.

In light of heroin’s damaging effects on essential brain functions and the ongoing risk of relapse, the severity of a person’s addiction should be the determining factor when considering available treatment options.

Lifestyle Effects from Heroin Use

An addiction to any drug or activity inevitably drives users to create a lifestyle around their obsession. Compulsive heroin use requires considerable amounts of cash, time to plan, time to “score” the drug and of course, time to get “high.” In the process, a person’s work, relationships and social life falls by the wayside.

Attempting detox in the midst of a drug-based lifestyle greatly increases the likelihood of relapse. If a person’s life consists of people, places and activities that involve heroin, inpatient heroin rehab offers the best chance at a successful recovery.

Calls to numbers on a specific treatment center listing will be routed to that treatment center. Calls to any general helpline (non-facility specific 1-8XX numbers) could be forwarded to SAMHSA or a verified treatment provider. Calls are routed based on availability and geographic location.