According to the National Institute on Drug Abuse, in America, a little over four million adults tried heroin at least one time in their life in 2011, and a fourth of people who try heroin become dependent on the drug.

Heroin is a powerful opiate that is illegally made and distributed on the streets. Heroin is extremely addictive and when a person starts using heroin their life will be impacted in various ways.

The first way heroin impacts a person’s life is through their physical health. Every time a person uses heroin they increase their chance for heart attack and respiratory failure. Furthermore, if a person has been abusing heroin for long periods of time, the drug can cause organ failure and can cause a person to overdose, which can lead to death or a person ending up in a coma. 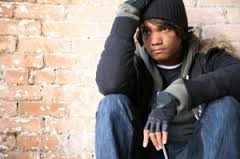 Inpatient rehab can provide the care, attention, and resources you need to change your life.

In addition, heroin is illegal to buy or use and if caught a person can end up in jail. Heroin is also expensive and people who abuse the drug will build a tolerance to it. When a person has developed a tolerance to heroin, they will need to continually increase their dosage of the drug to receive the effects they want. This cycle causes many abusers to suffer financially, which can result in them turning to stealing or committing criminal acts to pay for their addiction.

Heroin addiction leads to heroin dependency, and when a person is dependent on heroin they will continue to need the drug in order to avoid becoming sick. Heroin addiction not only affects the person using, but it will also affect the people who care about the user.

Heroin addiction can lead a person down a dark and narrow path and usually the illness continues to worsen unless a person receives help. Because heroin has extremely painful and difficult withdrawal symptoms, it is the number one illegal drug that people go to treatment programs for.

An inpatient drug rehab center will provide a person with the environment and resources they need to stop using heroin. At an inpatient drug rehab center a person will have their own boarding area and they will live at the treatment center until the program’s time frame is over. This means that a heroin addict will have to detox from the drug once they are admitted to the center, and the professionals at the treatment center will do everything they can to ease the pain and the stress of the individual detoxing.

Through the inpatient drug rehab center a person will receive around the clock care and supervision as well as the medication and therapy they need to overcome the physical and mental complications that come with heroin detox.