Heroin is one of the most commonly abused illegal drugs and affects nearly 100,000 new people every year. Heroin derives from morphine that comes from the opium poppy plant. Heroin is a manmade drug that relieves pain and causes a person to feel a euphoric rush when first entered into the body. Because heroin is highly addictive, many people need the help from an inpatient heroin rehab in order to have a healthy detox from heroin and to have the support and supervision to get through the detox all together.

The Dangers of Heroin

Heroin contains morphine which is a very powerful pain killer. Heroin will put a person in a coma like state causing minimal movement and complete relaxation. Heroin is highly addictive and is very dangerous for people to take being that it has to be obtained illegally and a person will never be sure on what exactly they are buying and putting into their body. According to www.drugpolicy.org, street heroin is rarely pure and may range from a white to dark brown powder of varying consistency. Fillers for heroin are often sugar, starch, powdered milk and other drugs. 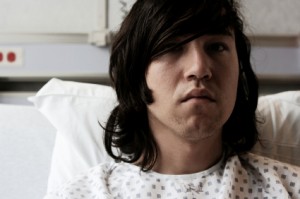 Don’t be scared any longer. Let us help you find an inpatient heroin rehab program!

Heroin will depress a person’s nervous system, alter their brain chemicals, and cause their heart rate to slow down. If too much heroin is taken a person could have an overdose which could cause heart failure or end up with a person in a coma or dead if they do not seek out medical treatment immediately. Heroin can also cause intense hallucinations and can cause a person to have seizures if they get a bad batch of the drug or if they have a bad reaction to the drug’s contents.

Inpatient heroin rehab is one of the best ways for a person to accomplish having a healthy detox from the drug and to stay clean after they leave the rehab. An inpatient rehab will provide room and board for a person and will provide them with medications and a team of professionals that will help their detox go as smooth as possible.

Detoxing from heroin is not a simple task because there are numerous withdrawal symptoms that come with a detox from heroin. A person will experience both physical and psychological withdrawals from heroin.

No matter what rehab a person chooses, the rehab will help them to triumph their drug addiction and will provide them with the resources to stay clean once they leave the facility which is ultimately creating that person a better life without drug addiction.